NatureScot are currently in the process of moving to a new switchboard system - please bear with our staff whilst we manage this transition.

Roads and access legislation in Scotland: an advice note

This brief guidance note summarises the interaction between the Roads (Scotland) Act 1984 and outdoor access rights under the Land Reform (Scotland) Act 2003. It is primarily intended for officers in roads, planning and access authorities, and Police Scotland. This note has been produced by the National Access Forum, which brings together all relevant interests to advise on access rights and access management in Scotland.

The Land Reform (Scotland) Act 2003 has established statutory rights of access to most land for recreation and related purposes, subject to responsible behaviour as set out in the Scottish Outdoor Access Code.

These statutory access rights are important for a wide range of NMUs and are now the usual default expectation among these users in most outdoor settings, ranging from hill and coastal areas to urban paths, greenspace and the urban fringe.

[1] Access rights are generally taken to include road legal e-bikes as these are pedal-assisted rather than self-propelled, but these rights do not include e-scooters.

The above access rights are integrated with most other areas of policy and legislation, and are an important consideration in development management under the planning system. The relationship between statutory access rights and roads legislation, in particular the Roads (Scotland) Act 1984, is however less clear. The Roads Act defines various categories of route for different types of users, which it collectively refers to as “roads”. These include:

The definition of any given “road” is determined by the relevant roads authority, and this authority can also re-determine any such route (assigning it to a different category) at any time.

None of the “road” definitions in the Roads (Scotland) Act is equivalent to the broadly inclusive multi-use model that applies under the Land Reform (Scotland) Act. Where a roads authority has determined that a “road” falls into one of these categories, the Roads Act states that it is an offence to use these routes by modes other than those specified – so cyclists, for example, could not legally use either a “footpath” or a “footway”. This approach is reflected by the Highway Code.

These types of route are sometimes clearly indicated on the ground, for example on paths marked for shared use, but the distinctions between them, and with areas where access rights apply, may not otherwise be obvious to users. There is particular scope for confusion around the urban fringe, as the existence of access rights is particularly widely understood and recognised in rural settings.

Many types of route, including minor roads, can be designated as “core paths” under the Land Reform Act. This has the effect of overriding the above restrictions so that access rights under that Act apply along the route.

The complex and poorly understood relationship between these two areas of legislation results in differences of interpretation across Scotland.

The National Access Forum advises on matters relating to Scottish access rights and includes a broad range of recreation, land management and public bodies, along with other relevant interests. The Forum has 25 full members and 68 corresponding members, with the Scottish Government attending as an observer, and is chaired by an independent elected Convenor. This advice was developed by a sub-group of Forum members comprising British Horse Society Scotland, Cycling UK, NatureScot, Scottish Local Authorities, Police Scotland, ScotWays, Transport Scotland and a local access forums’ representative.

The issues highlighted in this note could in part be addressed through legislative change, although there are no current plans to do this. Areas for possible consideration include:

Outdoor access design guide: advice on the selection and design of outdoor access furniture and structures such as gates, fences and boardwalks, published by Paths for All (2018).

Cycling by Design: detailed guidance on the design of cycle infrastructure published by Transport Scotland (2021).

Advice on funding and promotion of active travel from Paths for All.

Further information about Places for Everyone funding administered by Sustrans.

This paper briefly outlines action taken since the NAF meeting on 8 June to progress the second phase of the membership review covering representation within the ‘Public bodies’ and ‘Others’ groupings.

Members are invited to note the progress with the second phase of the membership review, with the process to be concluded at the NAF meeting in February 2023, when the outcome of the member consultation will be presented and decisions sought, if required, on membership.

The first phase of the membership review looked at the representation of ‘Recreation Bodies’ and ‘Land Management’ bodies on the Forum. For the ‘Recreation Bodies’ grouping this concluded with the Forum agreeing to Scottish Cycling (represented by Developing Mountain Biking in Scotland) taking up the vacancy arising from Scottish Sports Association’s desire to move from full member to corresponding membership status. The review resulted in no changes within the ‘Land Management’ grouping although the Forum encouraged the development of a close working relationship between the National Sheep Association (Scotland) and the SLE and NFUS representatives.

All current full and corresponding members within the ‘Public bodies’ and ‘Others’ groupings, totalling some 65 organisations, were contacted by email in August to ascertain if they wished their status to remain the same. Responses were requested by 9 September (Others) and 15 September (Public bodies).

The outcome of the 2018 membership review resulted in the Forum having seven public body full members. Three are permanent members – Scottish Local Authorities, the National Park Authorities (one joint seat), and NatureScot (which is non-voting) with the other four seats held by Local Access Forums, sportscotland, Police Scotland and Forestry Commission Scotland (FCS).

Some change in representation within this grouping is inevitable given that the intervening years have seen significant reform of the public forestry sector, with the creation in 2019 of Scottish Forestry and Forestry and Land Scotland as separate executive agencies of the Scottish Government. Prior to this FCS was the full member, supported and assisted by Forest Enterprise which attended relevant meetings and engaged with relevant working groups.

Responses have been received from ten of the nineteen organisations in this grouping.  sportscotland has indicated that it would like to continue its involvement with the Forum, but as a corresponding rather than a full member.  Scottish Forestry (SF) and Forestry and Land Scotland (FLS) have both requested full membership of the Forum. Within this grouping, Scottish Enterprise has indicated that it no longer wishes to be a corresponding member.

Since their establishment, both SF and FLS have, in practice, engaged actively with the NAF and attended Forum meetings and working groups, continuing the involvement of their predecessor bodies. However, the current membership review provides the first opportunity for the Forum to formally consider their membership status. The requests from SF and FLS will need to be considered, within the confines of the Forum’s operating principles, when responses have been received from all the organisations in the public sector grouping.

The outcome of the 2018 membership review resulted in the Forum having six full members representing ‘other bodies’. In accordance with the operating principles, these include at least one representative of education interests within access rights; commercial interests within access rights, and; conservation interests. Since 2018, these three roles have been fulfilled by the Scottish Advisory Panel for Outdoor Education, Wild Scotland and Woodland Trust Scotland respectively. The remaining three seats (for bodies which do not fall into any of the above categories) have been occupied by Kennel Club/Scottish Kennel Club, Scotways and Paths for All Partnership.

Responses have been received from 16 of the 46 organisations within this grouping, including four of the six current full members – SAPOE, Woodland Trust Scotland, Kennel Club/Scottish Kennel Club and ScotWays.

Replies from full and corresponding members in these two groupings are still being received. Organisations that have not yet responded will be further chased - delays are often the result of the timeline for organisations’ internal approval procedures or named contacts for corresponding members having left or changed roles in the organisation, with the need to firstly identify a replacement contact.  The intention is, therefore, to present the results of this phase of the review and seek decisions on membership at the NAF meeting in February 2023.

Pending the conclusion of the membership review, the current list of NAF members (full and corresponding) is provided in Annex A. This has been updated to reflect organisational name changes confirmed during the review process:  Public Health Scotland; Office of Rail and Road; Disability Equality Scotland; and The Outward Bound Trust.  Moray House - Outdoor & Environmental Education Group has been added as a new corresponding member and Scottish Enterprise deleted as a corresponding member.

Full members are indicated in bold, and attend meetings; the other bodies are the Corresponding Member organisations who are emailed all meeting details and can submit comments for meetings/discussions. 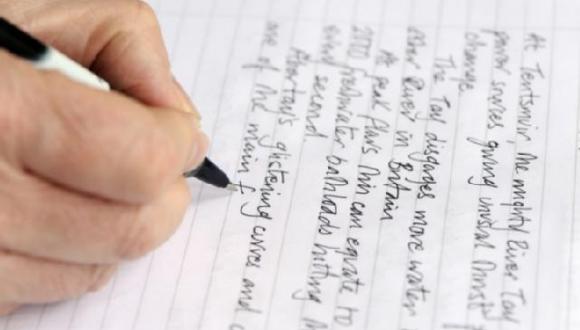 The National Access Forum meet several times a year to discuss how to develop, manage and promote access locally. The papers from these meetings are available for everyone to read.