2. Minutes of previous meeting, action points and matters arising. (Unconfirmed minutes from the virtual meeting 27 January 2021 attached). Please email comments on the minutes to Secretary by 28 May.

Dates of next meetings:

This paper from NatureScot summarises a number of identified issues that relate to the interaction between roads and access legislation. This is a complex area and the paper aims to provide a starting point for discussion rather than a definitive overview.

The Forum is invited to discuss these issues and identify any positive action that could be taken to help address them.

The promotion of outdoor recreation and active travel is now recognised as an important policy objective. This requires a clear understanding, by both the public and relevant authorities, of the types of non-motorised access that are permissible in different situations. This is largely determined by the combination of the Land Reform (Scotland) Act 2003 (LRSA) and the Roads (Scotland) Act 1984 (RSA), but the relationship between these Acts is not always clear. Forum members have highlighted a number of resulting practical issues including:

As might be expected, the unclear legal position has been suggested to result in a variety of approaches across different local authorities, probably leading to further uncertainty among the public and other stakeholders.

Some Forum members have highlighted more strategic issues linked, for example, to funding, the balance of on- and off-road active travel provision and the implications of net zero. These policy issues are sometimes linked to the above technical concerns but probably require a wider discussion, and are not the primary focus of this paper.

The LRSA confers rights of responsible access to most land, which extend to all non-motorised users including walkers, cyclists and horse riders, and to access with motorised vehicles “constructed or adapted for” people with disabilities. This establishes a normal default expectation that paths and places for outdoor recreation will be open to all such users, subject of course to responsible behaviour - including considerate shared use.

The “footway”, “footpath” and “cycle track” categories only therefore allow a limited range of users. Section 152(2) of the RSA allows roads authorities to re-determine specific “roads”, effectively moving them between categories, which can help to meet the needs of particular user groups in particular places, but none of these categories accommodates the full range of users than would normally be permitted under the LRSA. These categories carry significant legal weight, as section 129(5) of the RSA indicates that it is an offence to use these “roads” by modes other than those specified above, and there is consequently an inconsistency between the two pieces of legislation.

It is not necessarily clear which Act takes precedence in different situations. This has been considered to some extent in previous discussion between SNH (now NatureScot) and Transport Scotland which took place around 2010, during a review of national guidance on the provision of cycle infrastructure (Cycling by Design). This discussion noted section 6(1)(d) of the LRSA, which indicates that access rights do not extend to any land “to which public access is, by or under any enactment other than this Act, prohibited, excluded or restricted”, and concluded that the restrictions under the RSA would normally take precedence on “footways”, “footpaths” and “cycle tracks”. This caveat under LRSA section 6 is overridden by section 7(1) on “any land which is a core path”, and access rights have therefore been taken to apply in the normal way on such routes. This position was set out in the 2010 edition of Cycling by Design (see Annexes A1.4, A3.3 and A3.6), although these annexes are not included in the latest revision of this guidance.

Some ambiguities do however remain, particularly with regard to routes which are not designated as core paths:

These legal ambiguities may be compounded by the frequent separation of roads and access functions within local authorities, resulting in distinct bodies of expertise in the application of the two Acts.

A definitive resolution of these issues would probably require legislative change and would not therefore be rapid or straightforward. A pragmatic initial step, however, might be to clarify the preferred outcome from a policy perspective and consider whether any further guidance may be helpful to roads/access authorities.

This is not a simple binary decision about giving blanket precedence to one Act or the other. In many situations, particularly away from “carriageways”, the full range of access permitted by the LRSA would seem to be a natural expectation. At the other extreme, many “footways”, particularly in busy urban areas, are not well-suited to multi-use, and the constraints under the RSA may then be entirely appropriate.

It would be helpful for the Forum to discuss these issues and consider any clearly defined action that may help to address them. 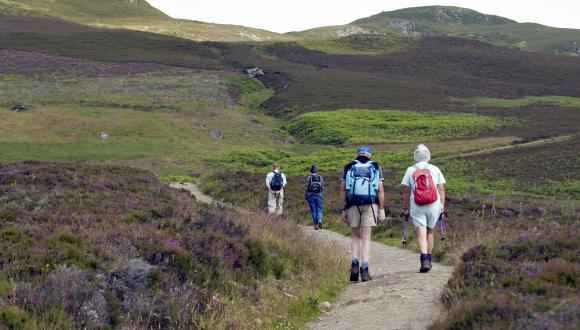 The National Access Forum (NAF) has been established by NatureScot to advise on national issues linked to Scottish access rights.